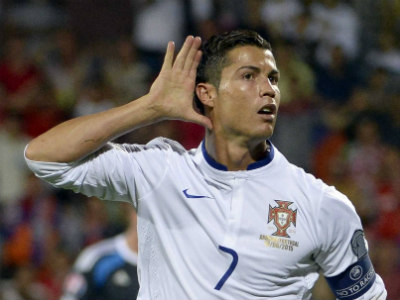 This week we have a top of the table clash in La Liga, as current leaders Real Madrid travel to surprise package Celta Vigo.

Elsewhere in Bundesliga, Bayern will be looking to maintain their 100% domestic record as they welcome FC Koln to the Allianz Arena.

bet365 will be streaming all La Liga & Bundesliga games live this weekend!

Real Madrid sit top on goal difference having only conceded 2 in their opening 8 league games, winning 5 and drawing 3.

Celta will take confidence into the match, having beaten the third team tied for 1st place, Barcelona, 4-1 back in September.

Real will be looking to Cristiano Ronaldo, who last weekend scored his first league goal in 6 games, to lead them from the front, given injury concerns over other Galactico’s Benzema, Bale and James Rodriguez.

Barcelona take on 7th placed Eibar, who secured a 1-1 draw with Champions League side Sevilla last time out.

The Catalan giants, who are ravished by injuries at present, will be hoping Neymar can continue the form that has seen him score 8 goals in 7 games this season, including 4 last weekend at home to Rayo Vallecano.

The Brazil captain has had to step up with the injury to Lionel Messi and can now be backed as short as 14/1 to be awarded the prestigious Ballon D’or award next year.

Having only conceded 4 goals all season prior to last night’s defeat to Arsenal, Bayern were not only looking sharp in attack, but also tight at the back.

Polish striker Robert Lewandowski has scored 16 goals in his last 10 games for club and country and after firing a blank against Arsene Wenger’s men at the Emirates, he’ll be looking to get back on the score sheet at the first attempt.