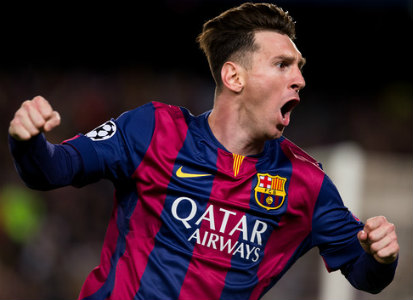 As always, there’s a mouth-watering selection of European football available to bet365 customers this week, the highlight of which is arguably a top of the league clash between Barcelona and Atlético Madrid in La Liga.

Both teams go into the encounter on 48 points, separated only by goal difference, making this match one that could prove pivotal in the title race.

Barca are in phenomenal form this season, and some are already predicting another treble-winning year for the Blaugrana, which would see them become the first team in UEFA history to record back-to-back trebles.

Moving over to Germany, Bayern will be looking to continue the form that has seen them lose just once in their last 18 league games whilst second-placed Borussia Dortmund will be eager to ensure that the Bavarians do not extend their eight point lead any further.

Munich face 17th placed Hoffenheim, who have recorded a solitary win in their last 10 league games and with free scoring Poland striker Lewandowski leading the line, it could be another convincing win for the Bavarians.

Dortmund will host 10th placed Ingolstadt and Thomas Tuchel will be eager to secure another three points as BVB continue their impressive recovery in the post-Klopp era.

African Player of the Year, Pierre-Emerick Aubameyang will be eager to get on the scoresheet again this weekend and the Gabonese hitman is in sensational form for Borussia of late, having scored 18 goals in 17 appearances in the Bundesliga this season.

The weekend’s action culminates in the Derby di Milano, and despite a decline in recent years, the derby remains one of the most fierce historic rivalries in world football and the San Siro will be in a frenzy as the Rossoneri line up against the Nerazzurri on Sunday afternoon.