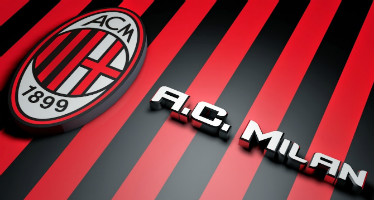 Predictions for System Bet, 30.May:

Atalanta v Milan
There may be little riding on this clash, but the fixture could provide Filippo Inzaghi with one final chance to save his job. And for Milan, there is a still a slim hope of finishing the season in 8th place in the Serie A table. There is also a healthy dose of renewed confidence at Milanello, following their impressive 3-0 victory over Torino last weekend, and with the return of Stephan El Shaarawy, the team is looking more settled and put-together. Atalanta are already assured of safety in 17th place.

Verona v Juventus
Verona’s Luca Toni, who turned 38 this week, would make history as the oldest to take the Capocannoniere crown and currently leads on 21 goals. Juventus have already clinched the league title and Coppa Italia, and they will face Barcelona in the Champions League final next week. So few would back against the Bianconeri finishing off their season strongly, considering they have lost just 3 times in the league this season. However, the Bentegodi has proved a difficult ground for Juve, with the club’s last 2 visits both finishing 2-2.

Borussia Dortmund v Wolfsburg
Progress to the German Cup final has been the only crumb of comfort for Dortmund and manager Jurgen Klopp, who will be desperate to go out on a high. Bayern Munich were beaten on penalties at the Allianz Arena to book a place in this final in Berlin, and a run of 4 Bundesliga wins in 6 secured a top-7 finish. However, Wolfsburg have lost just one of their last 12 domestic matches. The Wolves’ big injury concern is Naldo, who is the leader of the defence, and has scored crucial goals in both meetings with Dortmund this season. Wolfsburg had the better of their 2 league encounters with Dortmund – earning a 2-2 draw at Signal Iduna Park before a 2-1 home success in the penultimate game of the season.

Arsenal v Aston Villa
In the last 10 FA Cup Finals no teams have won by more than a one goal margin. Eight of the last 9 FA Cup matches involving Aston Villa have been settled by a one-goal margin too. And why Arsenal will win, read the analysis here…