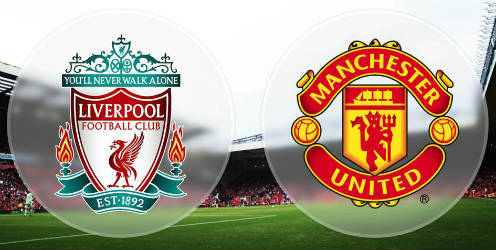 Often the biggest matches aren’t usually the best and this has all the potential to turn into a rather dull affair. Both of these sides come into the game after 2 shocking defeats and both managers will see this as a mustn’t lose game.

Manchester United have been very disappointing in their 2 home games so far winning fortuitously in the season opener against Tottenham and then they played out a goalless 90-minutes with Newcastle.

Liverpool were smashed last weekend 3-0 by West Ham at Anfield and another heavy defeat against their fiercest rivals could see the end for Brendan Rodgers Anfield reign. In both the Reds’ away Premier League matches this campaign they are yet to concede and another tight one looks on the cards again.

Liverpool will be without Philippe Coutinho (suspended).

With just one win in the Premier League this season Chelsea are nearer the foot of the table than the summit. The big concern is the number of goals they are conceding, with at least 2 goals shipped in 3 of their opening 4 matches.

Everton were very impressive in beating Southampton 3-0 away from home and there was no disgrace in losing at home to Man City a week later. The clean sheet they kept at Tottenham before the international break shows that they are well organised too.

Everton have lost only two of the previous 7 Premier League encounters at Goodison Park.

Lionel Messi has scored 23 goals in 26 matches against Atletico in all competitions.

For all of Diego Simeone’s improvements, Atletico’s five-season record in Liga clashes with Barcelona is poor (W0-D2-L8), and they’ve lost 4/5 at the Vicente Calderon.

Eintracht Frankfurt bagged their first win of the new season before the international break – a fabulous 4-1 victory against Stuttgart.

Frankfurt’s home form is strong and they have recorded W7-D5-L0 when welcoming Bundesliga opposition since Bayern Munich’s visit back in November 2014.

For the first time this season, the man they call “football god” in Frankfurt returns to the squad. Alexander Meier was the top scorer in the Bundesliga last season and did net 4 goals against Cologne.

Meanwhile, the 7 points accrued by Koln is their best start to a Bundesliga season since 1996/97.