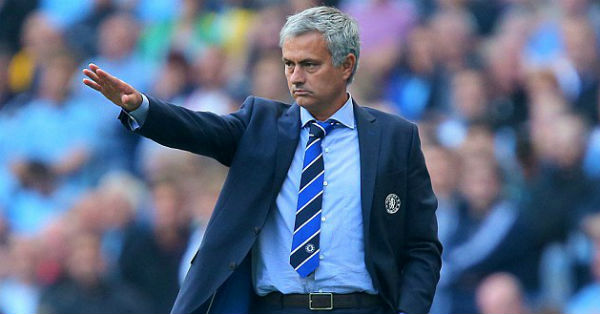 The Blues have been far from impressive for a long time now and the pressure is off a tiny bit at them.

Chelsea’s defence has shipped 7 goals in its first 3 games. That leaking of goals can surely only be down to poor defensive form. Moreover, skipper John Terry is suspended after last week’s sending off.

Crystal Palace are a much improved outfit under Alan Pardew with 2 league victories to their name already. Top 10 last season, they could repeat that feat based on their early showings this year.

The Eagles only lost 6 out of 19 away games last term and ended with a positive goal difference.

Liverpool’s success so far has been built on a defence that has kept clean sheets in all 3 league matches, but just 2 goals scored suggest they are struggling at the other end.

Luck was definitely on the side of the Reds so far. A wonder goal won Liverpool the points at Stoke on the first weekend of the season, two huge mistakes from the officials arguably won them the points at home to Bournemouth, and Aaron Ramsey had a perfectly good goal disallowed against them in their clash with Arsenal on Monday.

Since that magnificent victory over Arsenal on the opening weekend of the season, West Ham have been poor in 2 home games. But we know what Slaven Bilic’s men are capable of at their best.

If you disagree with the first two predictions, the following enhancement is just for you:

Spurs are yet to win in the Premier League this season with 2 disappointing draws with Leicester and Stoke after an impressive performance in the opening day defeat at Man United.

Another worrying factor is that Harry Kane has yet to score this season. In fact, he has scored in only 2 of his last 11 Premier League appearances.

Everton’s 3-0 win at Southampton a fortnight ago is probably the most impressive away performance of the season so far, and Spurs must be wary of the counter-attacking threat of Romelu Lukaku and Ross Barkley.

There’s a danger that Spurs’ style – which, after all, is very similar to Southampton’s – will be ripe for the Toffees’ counter-attacking game to rip apart.

Everton have scored 10 away goals in their last 5 Premier League matches.

Both outfits arrive at the Allianz Arena defending 100% records.

Still, Pep Guardiola would have been far from pleased with his team’s performance last Saturday at Hoffenheim as the defending champions conceded the league’s fastest ever goal in 9 seconds following David Alaba’s sloppy back-pass. Robert Lewandowski rescued the 3 points with a stoppage-time winner.

Leverkusen represent Bayern’s biggest test of the season so far and there’s enough quality in Roger Schmidt’s roster to believe Bayer 04 can make things tough for their all-conquering hosts.

After starting the season with 2 wins, Caen fell 2-1 at a Hatem Ben Arfa-inspired Nice last weekend.

Caen have won their last 3 home Ligue 1 meetings with OL, including last season’s 3-0 in Week 36 that ended Lyon’s title challenge.

OL have been out of sorts this season and have taken only 4 points from 3 matches.

Alexandre Lacazette, Ligue 1 top scorer last term with 27 goals, is out, struggling for form and with a back injury.