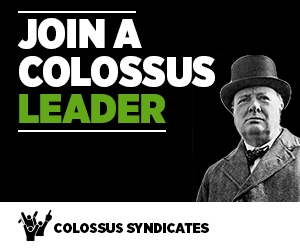 Playing with Colossus Bets a full unit will cost players just £2 and can also be played for as little as 20p (which buys a 0.1 unit and plays for a proportional part of the jackpot).

As with all Colossus Bets pools, players will be able to take advantage of the firm’s unique Partial Cash Out feature and bank profits from their tickets as each leg progresses. It’s the best of both worlds!

NOW YOU CAN WIN EVEN IF YOU HIT THE CROSSBAR…

In the £10,000,000 Colossus, Colossus Bets have ditched the old single consolation, in favour of not one, but two consolation prize funds, for correctly selecting five or six scores out of seven.

In the £2,000,000 Millionaire, Colossus Bets have added two brand new consolation prize funds, for four or five correct scores out of six.

Last but not least, in the £1,000,000 1×2 Pick15 Jackpot, Colossus Bets have added no fewer than three consolation prize funds, for correctly predicting 12 or more correct outcomes out of 15.

So, you can still win life-changing lottery-sized prizes in Colossus Bets pools, but with their revised consolation prize funds, we think you’ll get more bang for your buck, and hopefully, more Cash Out offers, even if you’ve hit the crossbar with some of your picks. No more hard luck stories, please.

Going into the last leg of six, in the £2,000,000 Millionaire, no fewer than six players were still in the hunt to scoop a share of one of the two consolation prizes on offer. In the driving seat was a £2 full unit player, who had already nailed four of the five scores, securing at least a share of the first consolation prize for four out of six, but needed Portsmouth to beat Derby 2-0 to scoop the 5 out of 6 consolation prize outright.

After Portsmouth took a surprise lead, five of the remaining players were all still in the hunt, but when the final whistle blew, and with no one selecting a 2-1 home win, the first consolation was paid out.

One thought on “More ways to Win now!”