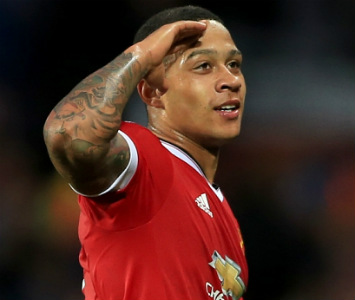 Memphis Depay is off the mark at Manchester United and according to Ladbrokes there is plenty more to come from the Dutchman.

After scoring twice in the Red Devils’ 3-1 victory over Club Brugge in their Champions League play-off, the bookmakers make it 5/6 (1.83) that he finishes the season with between 11 and 15 goals this term.

It’s 50/1 (51.00) that he channels the spirit of the famous number seven shirt and surpasses Cristiano Ronaldo’s 31 goals in a Premier League season, while those backing him to shine can get 25/1 (26.00) that he is named the PFA Player of the Year.

Ben Stones of Ladbrokes said: “Louis van Gaal may have wanted to kiss Memphis on Tuesday, and the odds suggest the bookies will be Depay-ing out if he continues that sort of form.”

Number of goals (all competitions):