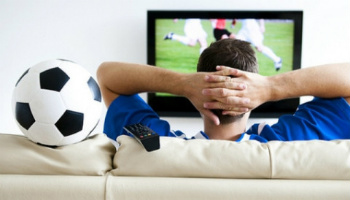 While many eyes will be on the final few qualifying matches for Euro 2016 this week, those in South America will be beginning their journey to Russia as qualifying for the 2018 World Cup begins for the 10 South American nations, and bet365 will be showing the two biggest games live!

As there are only 4 automatic qualifiers for this tournament, a fast start will be crucial for all nations.

2015 Copa America champions Chile (for the first time) open their campaign against Brazil in Santiago this Friday.

Chile’s Alexis Sanchez has been on fire at club level, scoring 5 goals in his last two matches and it will be interesting to see what role he plays in the upcoming qualifying campaign.

Brazil need no introduction. A squad rife with talent will want to better their poor showing at the Copa America where they only reached the Quarter Finals, following their shocking exit at the 2014 World Cup.

Coach Dunga will need to be creative in his squad selection as superstar striker Neymar is unavailable through suspension, and creative midfielder Philippe Coutinho is likely to be injured.

Brazil shouldn’t be too lacking in creative spark, as they are still able to field Chelsea’s attacking duo Willian and Oscar, along with Bayern Munich’s electrifying winger Douglas Costa who has been very impressive so far this season at club level.

Argentina begin at home against a plucky Ecuador side.

Ecuador are no pushover, and Argentina’s talisman Lionel Messi will miss the first few qualifiers for Argentina through injury.

Never fear, Sergio Aguero is in searing form having scored 5 goals in his hour-long performance at the weekend.

With local hero Carlos Tevez now playing his football in Argentina, he promises to feature well in this game – not a bad strike partnership even without the 4-time Ballon d’Or winning Messi.