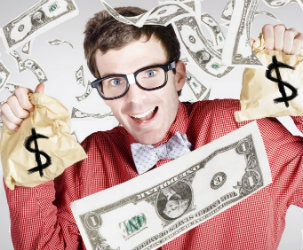 We’re pleased to see lots of you getting stuck into ColossusBets’ new FreePlay6 game every Saturday afternoon for a shot at that million quid, but you shouldn’t forget, if you spend a few pence here and there, it COULD lead to something rather special.

Now with it being an FA Cup weekend, you have to give this player extra credit, what with the un-predictability of the cup and all that, but this did not hold them back a single bit – with the first three legs playing out simultaneously- they were 3/3 going into Liverpool v West Ham come Saturday tea-time.

After a dull 90 minutes at Anfield with 2 clean sheets apiece, before you knew it, this player was 4/4 and STILL retaining 100% ownership of their ticket! Holding their nerve and refusing any cash out activity, Chelsea spanked MK Dons for an AOA (Any Other Away) win, meaning this punter was now just one step from home. Cue the cash out!

As always with Colossus, they offer you the chance to partially cash-out at breaks in play – and this is exactly how you do it.

This Pick6 player went on to win over £17k from a 40p bet which eventually went on to LOSE!

Why not try your luck and play now at Colossus Bets! Click here…