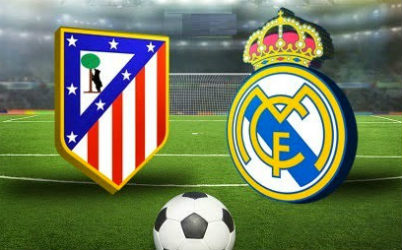 Soccer fans the world over are facing a mouth-watering selection of fixtures this weekend with derbies in several of Euope’s top domestic league competitions – arguably the biggest of those clashes is streaming right at bet365, Atletico Madrid v Real Madrid.

Diego Simeone and his men will welcome los Blancos to the Vicente Calderon with only two points separating the bitter rivals.

The last time the two teams met, a late Javier Hernandez goal ensured that Real Madrid (2.40 to win) progressed to the semi-finals of the Champions League over los Colchoneros and so Atletico will be keen to exact revenge for their city rival’s narrow victory.

However, in their Copa del Rey encounter last year, Fernando Torres scored two in the 1st and 46th minutes against Real Madrid in an out of this world performance which saw Atletico draw 2-2 away from home.

It remains to be seen whether Torres (3.25 to score) will be able to muster that kind of performance again, but his rejuvenated form with los Rojiblancos is worth taking note of.

Equally Antoine Griezmann (2.62 to score) enjoyed a sensational season last year and has begun this season in similarly eye-catching form and will be strongly fancied to continue his strong start against Real Madrid this weekend.

Cristiano Ronaldo (2.20 to score) will be looking to silence Sky Sports ‘pundit’ Guillem Balague on Sunday, who this week said his impact on Real Madrid is diminishing, despite scoring eight goals in two games recently.

Against Málaga last weekend Real were held to a dull 0-0 draw despite Ronaldo taking 14 shots during the game, and that will surely be at the front of the Portuguese forward’s mind coming into this game.

Elsewhere in La Liga, Luis Enrique’s treble winning Barcelona side travel to Europa League champions Sevilla for what should be a hotly contested game.

Barcelona’s limited squad mean they will be coming into the game with a heavily weakened squad with Lionel Messi, Rafinha, Claudio Bravo, Andres Iniesta and Thomas Vermaelen set to miss the clash through injury.

Despite lacking some key players, los Blaugrana should still field a formidable side on Saturday, with the likes of Luis Suarez, Neymar and former Sevilla players Ivan Rakitic expected to start.